Boats are holes the the water in which you throw all your money into them and it magically disappears. The larger the boat, the more expensive they are to buy, maintain, transport and store. Unless you live on a beach, even the most humble canoe will require buying, renting, or stealing an automobile just to go from home to water. How does one dive into aquatic adventures without taking on a second mortgage?

The Intex K2 Explorer kayak is one option I’m exploring. It’s an inflatable two person and one puppy kayak I bought from Amazon for around 150$. It collapses down into a handy dandy carrying bag and comes with a pair of paddles, inflatable seats, and an air pump. 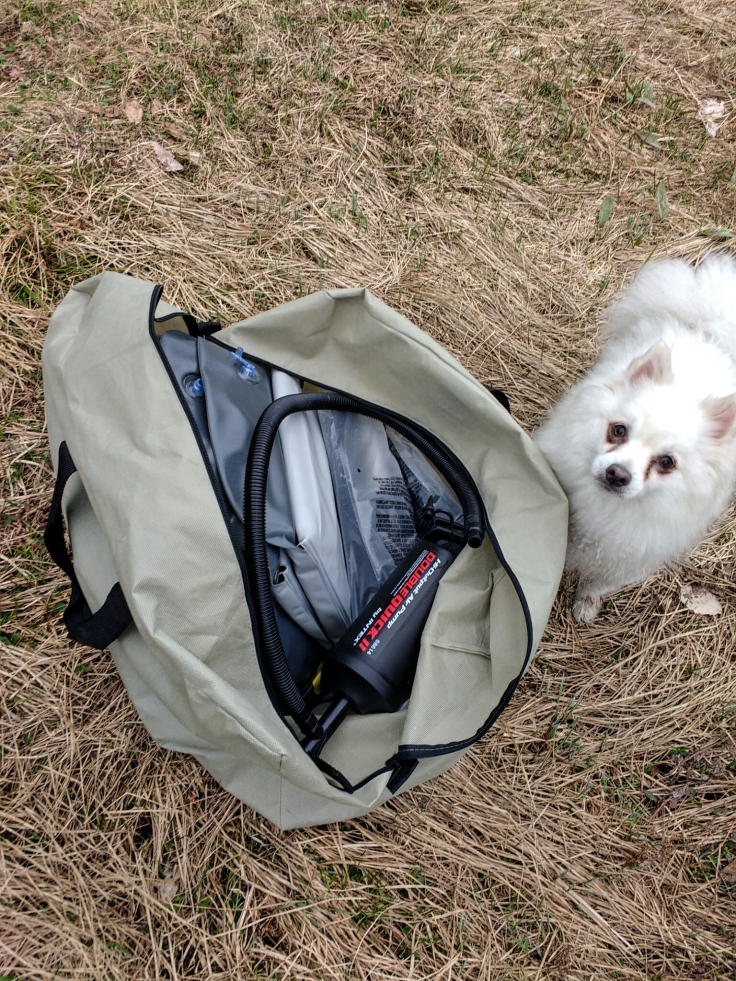 In my first foray I was able to set up and inflate the boat in ten minutes. I bet I could do it now in five. The included pump worked well enough and certainly beats puffing into the thing like I was giving it CPR. 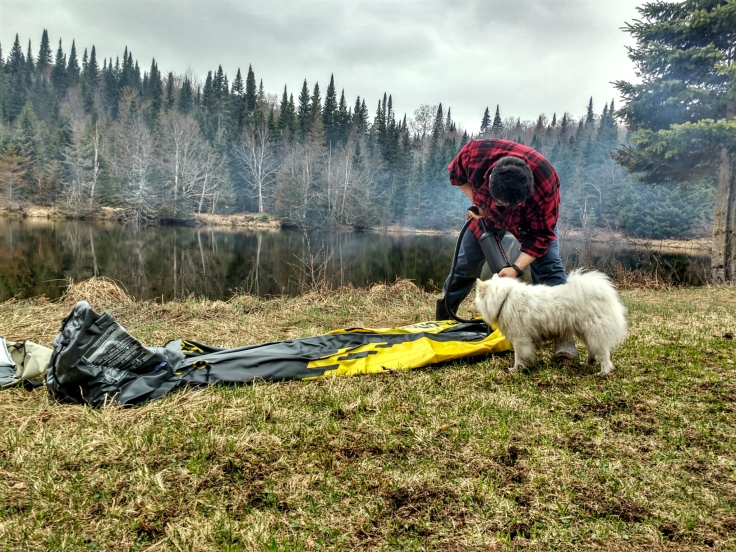 The paddles it comes with are serviceable. I wouldn’t use them for exploring the northwest passage, but they’re just fine for flat water lazy paddling. They breakdown into small pieces and stow away in the bag.

The vinyl skin seems tough enough. I advise stepping out while still afloat and not running this thing up onto a beach. Big dogs might claw holes into the material, but Adventure Puppy’s claws didn’t make a dent. 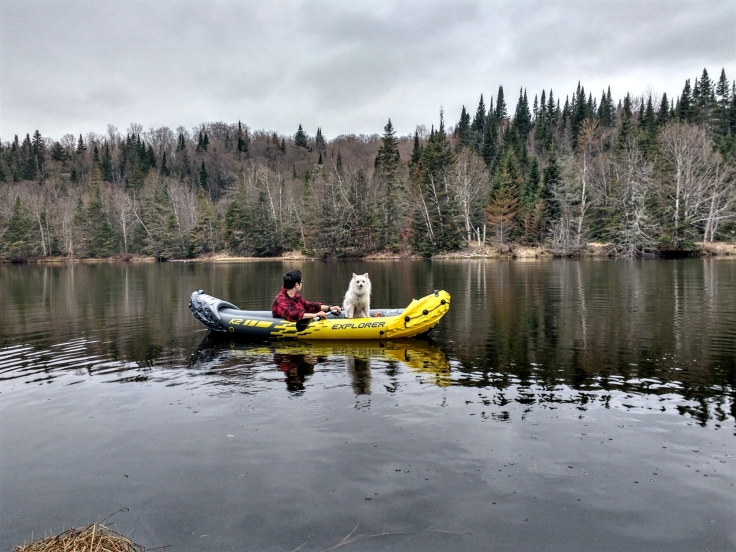 Even if you did get a puncture, the K2 Explorer kayak has three main chambers which will keep you afloat if ever one deflates. Even the seats are inflatable.

Don’t harbour any illusions about this kayak: it’s a slow moving manatee and about as pretty as a wart. It’s best suited for downstream drifting and sunset paddles on the lake. Where it shines is it’s portability. Stow it in the trunk of your subcompact when touring the coast. See a lake? Paddle a lake. While everyone else is confined to land, you’ll be out chasing fish. Just remember to bring your PFD.

Overall I’m pretty happy with this thing. I plan to bring it with us on our next car or motorcycle adventure. Keep watching this space folks. More water fueled adventure to come.